Music / There's a Riot Goin' On 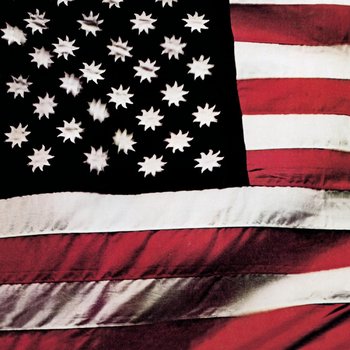 "Do what you wanna do or keep on wishin.'"
Running away to get away
Ha-ha, ha-ha
You're wearing out your shoes
Look at you fooling you
- "Runnin' Away"
Advertisement:

There's a Riot Goin' On is the fifth studio album by soul and funk music group, Sly and the Family Stone released in 1971.

Having just come off the success of their previous record, Stand!, the band (Sly Stone, in particular) had become erratic, having formed drug addictions to cocaine and PCP and missing multiple concert and session dates. They would be pressured by their record label to release a follow-up to Stand!, to which they responded by recording "Thank You (Falettinme Be Mice Elf Agin)" and "Everybody is a Star" for a Greatest Hits record to which the label had released due to their inactivity. Sly Stone would also be pressured by the Black Panther party (of which he had become associated) to remove the white members of the band and record more militant music reflective of the black power movement.

All of this would heavily contribute to the recording process and sound of the record, with it having a murky take on the funk and psychedelia they became known for. It would show a marked change in the band's recording process, as in contrast to their previous records, the band never played in studio together. With Sly opting to record alone in his home studio or at a studio that he had built in The Plant Studios, also known as The Record Plant.

Other musicians were also enlisted in place of Family Stone members at different points with musicians such as Bobby Womack and Billy Preston filling in instrumental parts, whereas though the band's parts were either overdubbed or mixed out contributing it's turbid, grubby sound. It would also find Sly experimenting with newer technology such as drum machines, laying beats down then overdubbing them adding to the record's gritty sound. Lyrically, the record was pessimistic and trepid. With songs depicting everything from internal strife within the band and in the industry ("Family Affair", "Africa Talks to You") and drug intoxication ("Luv N' Haight", "(You Caught Me) Smilin'", "Just Like a Baby").

The record would receive moderate success mostly off the back of the single "Family Affair", but would receive a mixed reception, the record having divided both critics and their fanbase. However, as time passed, retrospective reviews would be much more positive. With critics and historians considering it a landmark release in the funk genre and black music in general. With Rolling Stone even including it on their 500 Greatest Albums of All Time list, with it being rated at number 99 on its 2003 and 2012 list. It would later be raised to number 82 on the 2020 list.

Thank You for Tropin' with Me, Africa