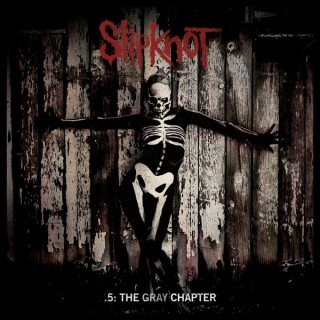 Maybe I should let her go, but only when she loves me.
Advertisement:

The album was released after an indefinite hiatus where the fate of the band was put into question. This was due to internal conflicts between various members as well as the death of bassist Paul Gray and departure of drummer Joey Jordison, two members integral to the band's sound.

The bass and drums on the album were filled in either by the members of Slipknot or Alessandro Venturella and Jay Weinberg respectively, both of which became official members of the band later. The album's title is a Due to the Dead to Gray himself, and several songs on the album pay tribute to his memory.

Compositionally, the album is essentially a fusion of Iowa and Vol. 3 (The Subliminal Verses). In other words, it combines the more chaotic stylings of the former (ex: prominent scratching, electronic sounds, borderline-rapped vocals) with the more melodic stylings of the latter (ex: traditional song structures, grooves, guitar solos).

The album debuted at #1 in their native United States, as well as Japan, Canada, Australia, Russia, and Switzerland. It also made the Top 5 of United Kingdom, Germany, Ireland, Austria, New Zealand, Mexico, Denmark and Finland.