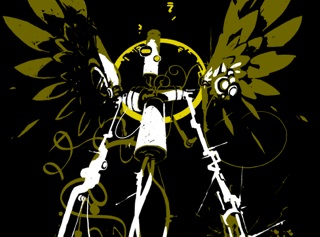 "All we got here is whatever sparks our souls at the moment, three panels at a time."
—Ian McConville
Advertisement:

was created by Ian McConville, the artist, and Matt Boyd, the writer, after ending Mac Hall. The comics, which began on September 5th, 2006, generally focus on musing of life. The comics are often done in black and white with comics set inside games done in colour. Every comic consists of exactly three panels, but some continue into a part two.