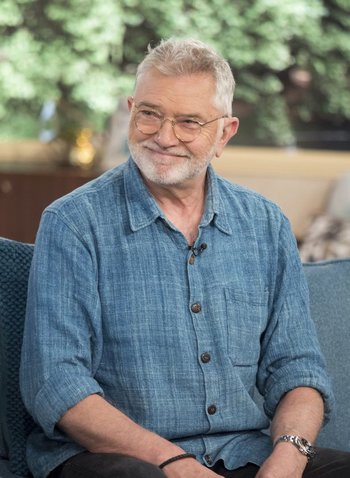 "My very first professional job was with a theatre company in 1965 and the first job they gave me was literally shovelling shit. I was an assistant stage manager and they told me to clear out the prop store. I opened it up and no one had been in there for twenty-five years so it was inches deep in rat shit. So before I could get anywhere, I had to clear it up. And I thought 'All these years of training at the best drama school in the world, and this is what I'm doing.'"
Advertisement:

Martin Shaw (born 21st January 1945 in Birmingham, England) is an English stage and screen actor and producer. He first appeared onstage aged three in an amateur dramatics performance in Birmingham as a last-minute comedy addition and has been a staple of British television for over fifty years. Shaw made his television debut in 1967 in ITV's Play of the Week before having to pay his dues and appear in Coronation Street as hippy Robert Croft.

He then continued to have a prolific stage career, but only appeared in bit television and film parts before he was cast as Ray Doyle in the 1977 action buddy cop drama, The Professionals. This made him a household name but meant that he was forever associated with the part.

He has managed to prove he has some serious acting chops in playing rebellious law-enforcement officers.

He is also known for being a bit of a heartthrob.