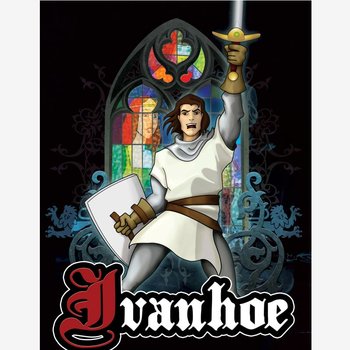 Ivanhoe: The King's Knight is a 1997 animated adaptation by CINAR and France Animation. It is a loose adaptation of the Ivanhoe novel by Walter Scott, much like the 1958 television series starring Roger Moore.