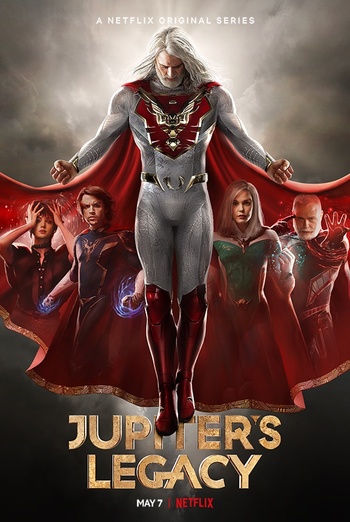 Jupiter's Legacy is an American superhero series initially created by Steven S. DeKnight (who left the project in 2019) and produced by Netflix, based on the comic book series of the same name by Mark Millar and Frank Quitely.

The series follows a group of individuals who were the world's first superheroes when they received their powers in the 1930s. In the present day, they are a revered elder guard, but their superpowered children struggle to live up to the legendary feats of their parents and having to adjust to a strict moral code which ends up causing friction among the elder guard and the young heroes.

On June 2, it was confirmed the show would not be renewed for another season

and a live-action series based off Supercrooks would be produced in its place, both taking place in the same universe.