Music / Good as I Been to You 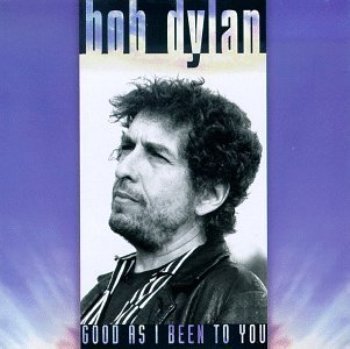 An album very good to you...
Advertisement:

Good as I Been to You is the twenty-eighth studio album by Bob Dylan, released in 1992.

He hadn't recorded a solo acoustic album since Another Side of Bob Dylan from 1964 and it was his first entire Cover Album since Dylan from 1973. As a result many people felt it was a welcome return to his roots after many years of experimenting with Rock, Country Music and Gospel Music and performing with other bands. The album got good reviews and a follow-up, World Gone Wrong, appeared in the following year.

The album did cause a bit of controversy, though, since several songs were inaccurately credited. Australian folksinger Mick Slocum sued Dylan's music publisher over the arrangement credit in "Jim Jones." Slocum recorded his arrangement with his band, The Original Bushwhackers, in 1975, and Dylan's publisher was forced to concede their error.

Tropin' on Top of the World