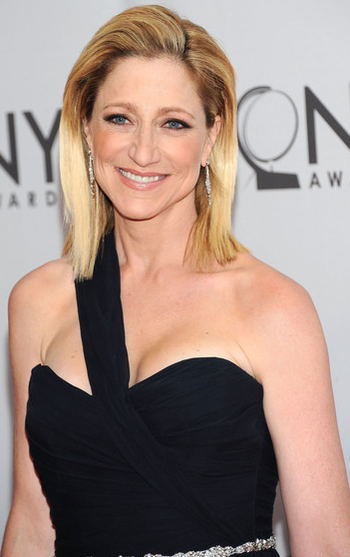 Edith "Edie" Falco (born July 5, 1963 in New York City, New York) is an American television, film, and stage actress, known for her roles as Diane Whittlesey in Oz, her Star-Making Role Carmela Soprano in The Sopranos, and the eponymous Jackie Peyton in Nurse Jackie.

For her performance in The Sopranos, she won three Emmys, two Golden Globes, and five SAGs. Her performance as the titular Nurse Jackie, on the other hand, gave her an additional Emmy.