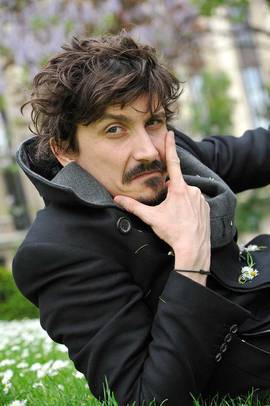 Arnaud Tsamere (real name Arnaud Tsedri, born 11 March 1975) is a French comedian, actor and presenter. He rose to fame in the sketch comedy show On n'demande qu'à en rire. He has also appeared in two one-man-shows (the latest entitled Chose Promise), and numerous French television shows including Le Grand Journal (in which he presented the weather), Hero Corp, and recently Lunch Time and Canapé Quiz. He is known for his surreal brand of humour.

Arnaud provides examples of the following: