Film / The War of the Roses 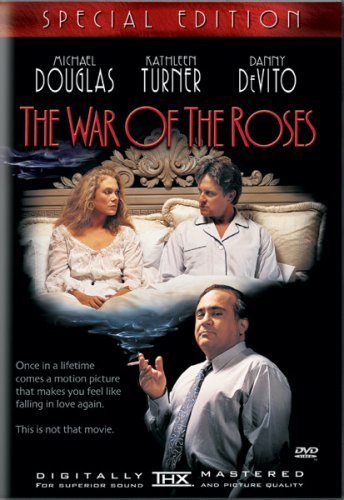 Based on a 1981 novel by Warren Adler, The War of the Roses is a (pitch) Black Comedy from 1989, produced by James L. Brooks and directed by (and co-starring) Danny DeVito, about an escalating war over marital assets between wealthy, divorcing spouses Oliver and Barbara Rose (Michael Douglas and Kathleen Turner) that gets taken to a ridiculous and tragicomic extreme.

The title is a Shout-Out to the English war between the noble houses Lancaster and York.

Alternative Title(s): The War Of The Roses