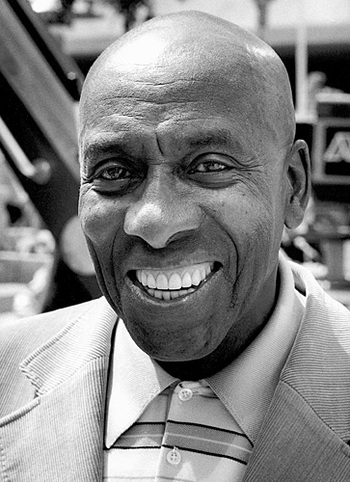 Benjamin Sherman "Scatman" Crothers (May 23, 1920 – November 22, 1986) was an American actor, comedian and musician. He began his musical career as a teenager, specializing in the guitar and drums. He got the nickname Scatman from his scat singing. He turned to acting in the 1950s, starting with an appearance in the film Yes Sir, Mr. Bones.

But it was not until 1970, when he provided the voice of Scat Cat in The Aristocats, that his acting career really began to take off. He voiced Meadowlark Lemon in The Harlem Globetrotters animated series, starred in Hong Kong Phooey, and had a regular role as Louie the garbageman on Chico and the Man. He also worked alongside his friend Jack Nicholson in films such as The King of Marvin Gardens, One Flew Over the Cuckoo's Nest and The Shining. Among his last roles were Mr. Bloom in Twilight Zone: The Movie and the voice of Autobot Jazz in The Transformers.