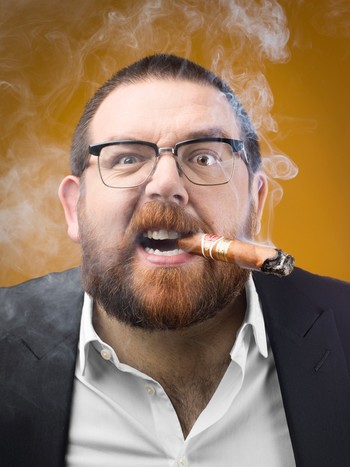 Nicholas John "Nick" Frost (born 28 March 1972 in Dagenham, London) is an English actor, comedian and screenwriter. He is best known for being Heterosexual Life-Partners with Simon Pegg and Edgar Wright, being a frequent collaborator with them. He teams up with Pegg and Wright in the Three Flavours Cornetto Trilogy, playing one of Those Two Guys with Pegg (ranging from Straight Man to boorish Jerk with a Heart of Gold to Wide-Eyed Idealist). Aside from forming one of the pieces of the giant movie-making robot that also comprises Pegg and Wright, he's well-received in numerous other roles in film and television.