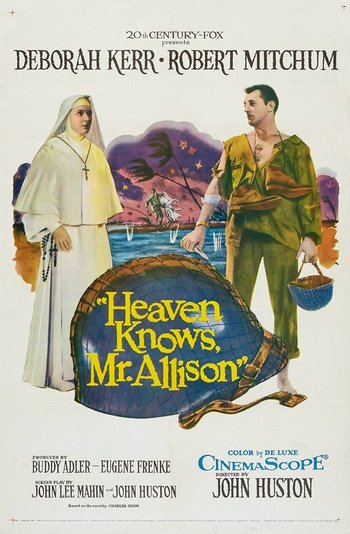 Heaven Knows, Mr. Allison is a 1957 war film directed by John Huston, based on a novel of the same name by Charles Shaw. It stars Robert Mitchum and Deborah Kerr in their first collaboration together.

During World War II, U.S. Marine Corporal Allison (Mitchum) washes up on an island in the Pacific after one particularly gruelling battle. He finds the island deserted except for one Irish nun, Sister Angela (Kerr). She too was left abandoned on the island after an evacuation attempt gone wrong. The two agree to work together to survive, as well as hide from the Japanese army when they land on the island.