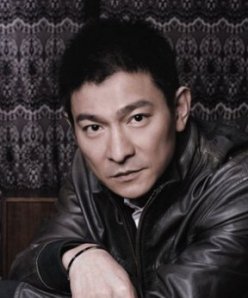 Born in 1961, Lau began his acting career in the early 1980s, with a lead role in the TVB series The Emissary and, in 1983, in the feature film On the Wrong Track. While his early fame was mostly due to his good looks and he was often typecast in gangster roles, he proved his acting talent by playing in art-house movies like Wong Kar-wai's As Tears Go By in 1988 and Days of Being Wild in 1990. He earned name recognition among international audiences with The Infernal Affairs Trilogy and House of Flying Daggers; he has also played the title character of Detective Dee, and starred in a Chinese remake of What Women Want.

He is also one of the first Hong Kong celebrities to have an asteroid named in his honour. Namely, Asteroid 55381 Lautakwah. Yes, really