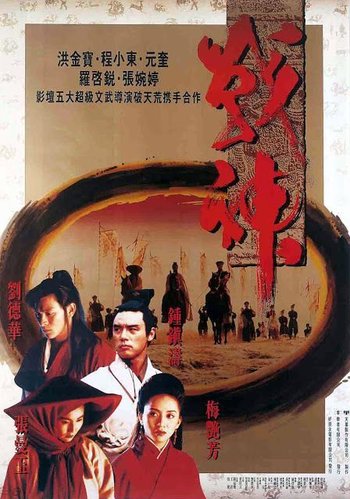 "The most beautiful meadow of flowers are those who grows atop the dead."

Fei (Andy Lau) is a simple fisherman living in a rural Chinese village in the Ming Dynasty, who saved the life of a Prince during an assassination attempt. Fei is immediately hired by the Prince as a guide to reach the Prince's fiance, Princess Moon, and he is tasked with leading both the Prince and his loyal bodyguard Xian-er (Maggie Cheung) across the wilderness where assassins awaits at every turn. But Fei ends up becoming more involved in the quest than he imagined when he ends up stranded alone with the beautiful Princess Moon (Anita Mui).