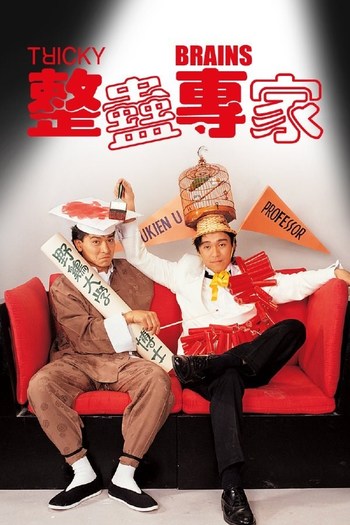 Meet Jing-Koo, a trick expert of the highest magnitude who lends his skills to those with enough money. Essentially, he's an assassin if you replaced the weapons with devious devices and mechanisms and the killing with manipulations and causing people to go insane.

He is eventually hired by a man named Macky Kim to ruin the romance between Che Man-Kit and Lucy Ching, who Kim is romantically interested in. Jing accepts the job and disguises himself as Kit's long lost brother, who takes very much after their eccentric father Yan. Posing as Che's ditzy sibling, Jing goes on to ruin Kit and Lucy's relationship any chance he gets.