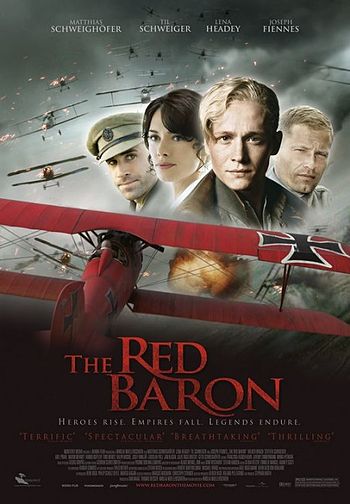 The Red Baron is a 2008 English-language German film based on the life of a legendary World War I German fighter pilot, Rittmeister Manfred Freiherr von Richthofen, better known as "The Red Baron".