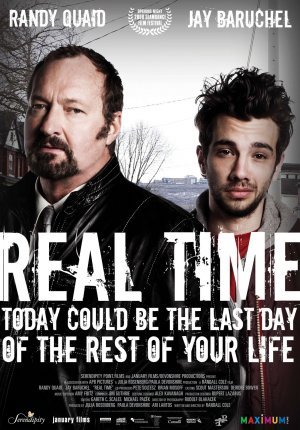 Andy Hayes (Baruchel) is a gambler who's in way too deep with the sharks. Ever-clinging to the idea that all he needs is one more chance, he's surprised when hitman Reuben (Quaid) comes to him and tells him his bosses have had enough and want him dead. Being a rather amicable fellow, he gives Andy 1 hour to reflect, visit loved ones, do anything he wants before he meets his maker. What follows is a funny, sometimes heart-wrenching film about life, death, and second chances.