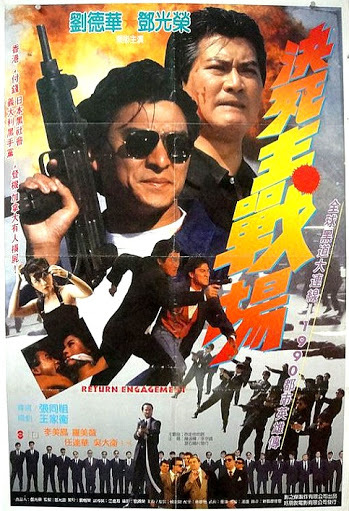 Lung Ho-tin (Alan Tang from Flaming Brothers) is a Triad leader operating in Canada, but when a mob war between the Chinese gangsters and the Canadian Mafia leaves his wife dead, Lung, in a last-ditch attempt at revenge, kills the Canadian mob kingpin, effectively earning himself more than two decades in prison. Upon being discharged, Lung discovers that his daughter was sent to an orphanage in Hong Kong, and he seeks to reunite with her. Helping Lung is Tsim Siu-fong, his new girlfriend in Hong Kong who accepts him for who he is, and tries her best to help him reunite with his last surviving family member.

Andy Lau, despite his popularity back then, had a smaller role as Wah, a small-time triad who worships Lung.