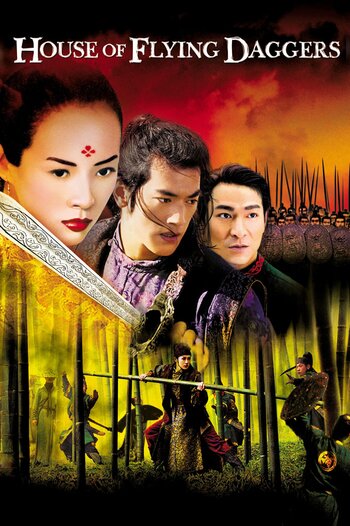 House of Flying Daggers (original title: 十面埋伏) is a Wuxia movie directed by Zhang Yimou, with action scenes choreographed by Ching Siu-tung, released in 2004. Zhang had previously directed another Wuxia flick, Hero (2002), and wanted to explore the genre further. He would later direct Curse of the Golden Flower.
Advertisement:

The story, set in the waning days of the Tang Dynasty (9th century CE), depicts a love triangle between two soldiers and a young woman suspected of being an agent of a secret society, the titular House of Flying Daggers.