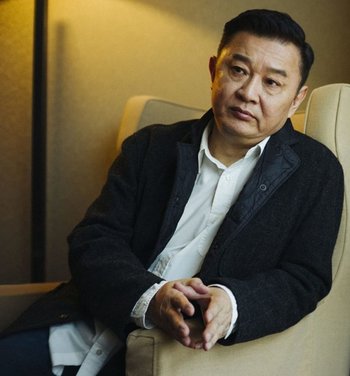 Ching, during his interview after earning the BAFTA Award
Advertisement:

Ching Siu-tung, or Tony Ching, (程小東, born 1953) is a Hong Kong director, producer and action film choreographer who have directed movies ever since his career took off in the early 80s, and is a winner of the BAFTA and Asian Film Awards.

Best known in the west for his movie, A Chinese Ghost Story, most of Ching's works are as the choreographer behind action scenes.