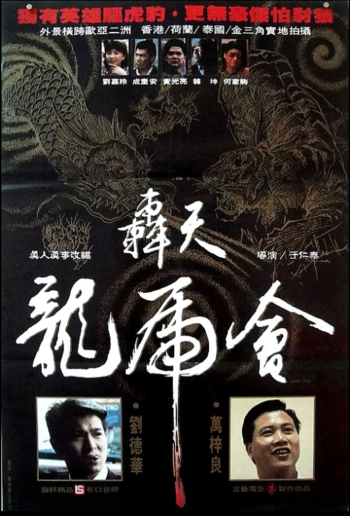 Bobby Chow (Wong) is the son of the largest triad in Amsterdam's Chinatown, which is in the middle of a territorial dispute between a local Italian gang for heroin control. Reluctantly becoming the head of the triad, while juggling his relationship with his Caucasian girlfriend Ann (Schrage), Bobby have to end a war between the mob that is growing out of control by taking on local crime boss Scalia (Drago).

It's worth noting that this movie is actually funded by the actual Hong Kong triads; not surprising, since the triads have a massive influence in various industries in East Asia, including cinema. In fact, decades later some not-so-glorious factoids regarding the making of this film would resurface, mostly from its leading Hong Kong stars Andy Lau, Alex Man and Carina Lau.