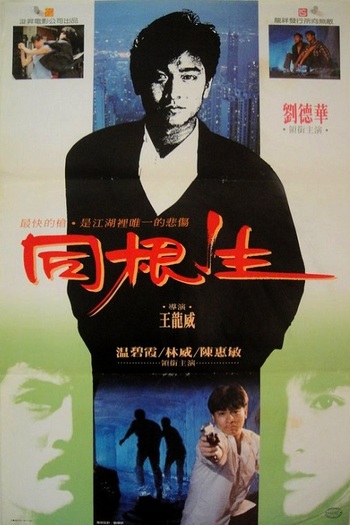 Brothers Ka-wai (David Lam) and Ka-wah (Andy Lau) are fleeing their homes from mainland China, trying to enter Hong Kong for a better future in life. But when their refugee boat gets discovered by the Hong Kong marine police, and a group of armed mobsters on the refugee boat initiates a shoot-out that results in almost everyone dying, Ka-wah had to escape by jumping off the boat and swimming towards Hong Kong harbour while Ka-wai gets arrested and deported to work in a chain gang. Upon arrival in Hong Kong, believing himself to be the only survivor of the refugee massacre, Ka-wah ends up joining the local triads under Boss Tong-fai (Michael Chan), a reasonable leader and well-respected member of the triad underworld. But as Ka-wah rises in his position in the triads, and ready to start a family with his girlfriend, he's unaware that Ka-wai, his brother which was presumed dead, have actually joined a group of mainland China-based mobsters who's now in Hong Kong and working under the orders of ruthless rival triad leader, Ma Kok-hoi.

Soon enough, both brothers will reunite, in the most unfortunate of circumstances...