Film / A Taste of Killing and Romance 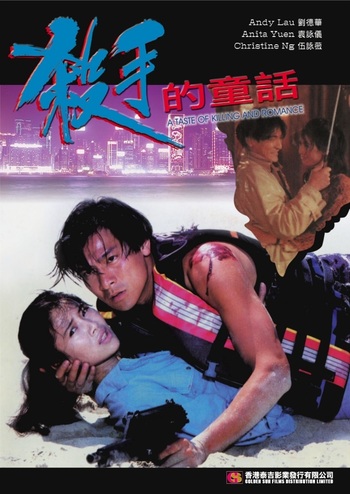 Because there's always time for romance between killings.

A Taste of Killing and Romance is a 1994 Hong Kong action/romance film starring Andy Lau.

Andy Lau stars as Ko-sau, a hitman, who develops feelings for his protege, newcomer Yu-feng (Anita Yuen). However, if there's anything hitmen movies have taught us, is that hitmen and assassins should not develop feelings, especially for each other, and sure enough their relationship is thrown into jeopardy when their superior, Ice, orders for them to kill each other. The arrival of another ruthless, cold-blooded, elite hitman named Cheung makes everything even more complicated.

Waise Lee plays a badass cop investigating Ko-sau's killings, and inevitably ends up being involved in the mob war.

This movie can be considered as Andy Lau's "warm-up" for Fulltime Killer, another assassin film released 7 years later.

Tropes found in this Film include: