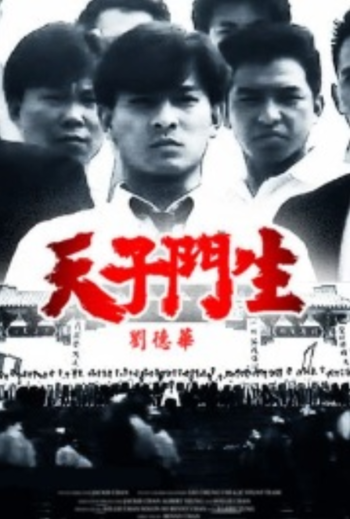 Andy Lau questions if he's worthy of leading a triad syndicate. Although, being Andy Lau, he's absolutely worthy of anything...

Godfathers of Hong Kong is a 1991 action film starring Andy Lau, made when Hong Kong is in the peak of the Heroic Bloodshed craze; inevitably the movie shares various elements common with movies of this particular genre at the time, including themes of brotherhood, loyalty, and heroes on conflicting sides of the law being forced to work together to face a common enemy.

Andy Lau playes Koo Siu-yuk, the son of Boss Koo, leader of the Hung Hing triad syndicate. When Boss Koo is implicated over a crime he didn't commit, and is forced to flee, Yuk have to take over affairs in the mob despite his inexperience and reluctance to become a leader. Making matters worse is a triad war about to happen in the horizon when rival mob leader Fred attempts to seize power over territorial control of Hong Kong, and an over-determined police Inspector Inspector Leung Chun-pong (Roy Cheung) who wants to overthrow the Hung Hing triad.