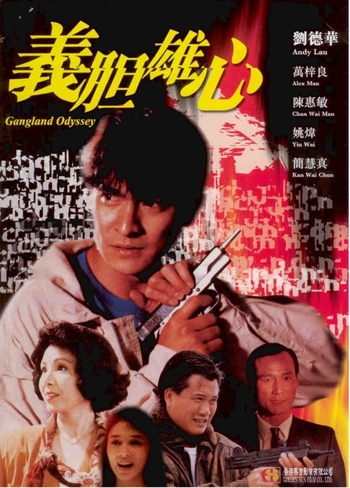 I can't wait to see my favourite actor Andy Lau kick some serious ass... wait a minute, what do you mean he's only in this movie for half an hour?

Michael Chan plays Uncle Pu, a former Hong Kong mobster who escaped to Tokyo after killing a rival mob boss, where he served the Yakuza for 15 years before returning home. Now with a new Japanese name, Hoshida, and reuniting with his former triad, he ends up crossing path with former policeman and sharpshooter Inspector Fan Chi-hung (Alex Man) to investigate a kidnapping, which might involve the Yakuza's activity in Hong Kong.

Unusually for its time, Andy Lau only plays a supporting role in the film as Kit, the adopted son of Inspector Fan's superior, and a small-time gangster wannabe who serves the comic relief role of the movie.