Film / A Home Too Far 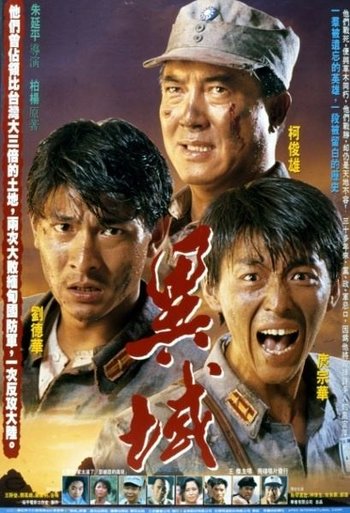 A Home Too Far and its sequel, A Home Too Far 2: End of the Road is a duology of war movies directed by Taiwanese director Kevin Chu. The series is known to be the best serious war movies ever made in Taiwan, which isn't saying much because Taiwan has made less than 10 war movies throughout its history of cinema, and most of them are either below average, mediocre or So-Bad-Its-Good.

The movies follows a band of soldiers from the Republic of China Army and their families, fleeing the Chinese civil war after the cultural revolution, where the resulting exodus have caused their members, military and civilian alike, to die in droves.

The films notably follows the point-of-view of several key characters: Sergeant Teng Ke-pao, a soldier who had to look out for his wife and two children while trying to survive, Little Tu (Andy Lau), a rebel leader and defector who returned to the army because of his sense of duty, and Fan Long, a prisoner-of-war who escaped his prison camp from Burma.