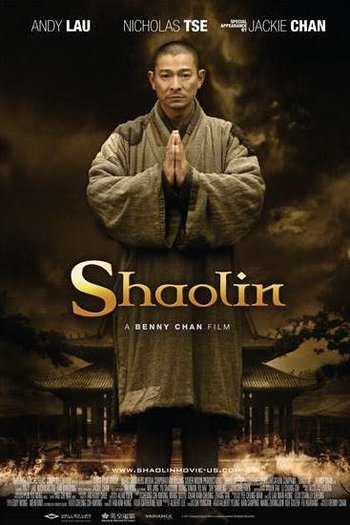 Andy Lau stars as Hou Jie, an ambitious warlord in early Republican China. After his plans to assassinate his sworn brother Song Hu went awry thanks to his deputy Cao Man's betrayal, getting his wife and daughter injured in the proccess, he fled to Shaolin temple to seek medical help. The monks managed to save his wife, but were unable to do the same for his daughter, who died. Overcome with grief, he tried to attack them but was subdued.

In shock over the loss of his daughter, he wandered around the Shaolin grounds until he met the monk cook Wudao, who fed him and gave him shelter. Feeling remorse over his past misdeeds, he decided to atone by becoming a monk in the Shaolin monastery. The monks were hostile to him at first thanks to his earlier misdeeds against the monastery, but grew to accept him after a while. Learning the principles of Shaolin through study and martial arts, Hou finds peace and enlightenment.

His past is not about to let him go so easily, however, as he once again cross paths with Cao.

A 2011 film starring Andy Lau, Nicholas Tse, Wu Jing and Jackie Chan in a supporting role, the film is notable for being endorsed by the actual Shaolin Temple through one of its affiliate companies.