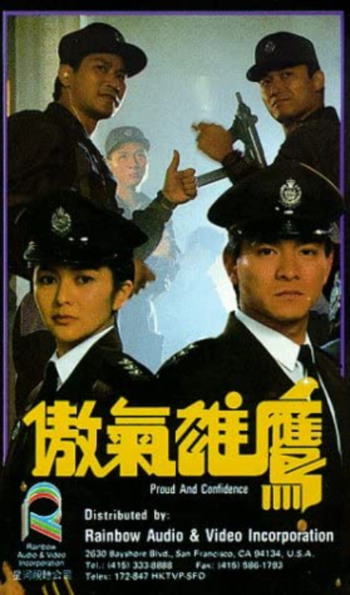 Wah (Andy Lau) is an elite Super Cop promoted to lead the Hong Kong Police's anti-terrorist unit after displaying his sharpshooting skills that saved a group of children from a psychopath. With his best friend Wai (Michael Miu), Wah is to lead a band of new recruits and whip them into shape, but when an international terrorist force called the IBS made landfall into Hong Kong and the military isn't able to respond in time, its up to Wah and his unit to battle the IBS.

Contains various parallels to Top Gun (which is 3 years old when this movie came out, the hype is at its peak) and started a mini-trend of Hong Kong films starring cocky protagonists as police recruits joining anti-terrorist units, including Best of the Best, Special Tactical Unit, Big Bullet, PTU, The New Option and the like.