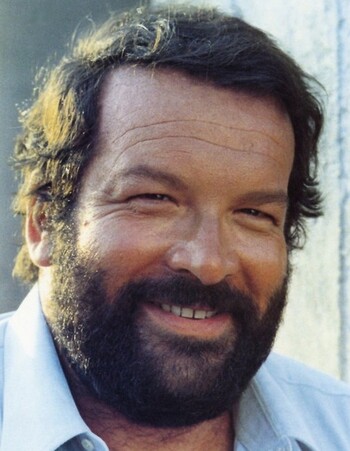 Born in Naples, he began his acting career in his late 30s, when he obtained a part in a western thanks to his swimming skills: there he met another younger actor, Mario Girotti (better known as Terence Hill), who would eventually become a very good friend of his. Throughout the seventies and eighties he starred in over thirty family-oriented movies, both with Terence Hill and on his own. His most notable recurring characters include Police Commissioner "Piedone" Rizzo (four movies from 1973 until 1980) and the Sheriff (two movies in 1979 and 1980). Later he starred in a few TV series and appeared as a cameo in several 90s movies.

A Beat 'em Up video game, Slaps and Beans, has been made

in homage to Spencer and Hill's most famous collaborations.

His roles provide examples of: