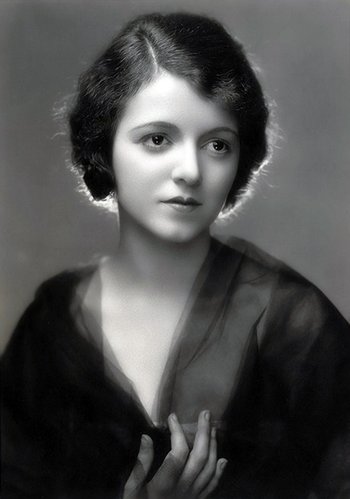 Born in Philadelphia and raised in San Francisco, Gaynor started acting when she was sixteen years old and was known for winning the first-ever Best Actress Academy Award. Due to the rules that year, she won for three different films she had made in the previous two years: 7th Heaven, Street Angel, and Sunrise. All three went on to be regarded as classics of the silent era. (Also notable is that she was only twenty-two when she won, making her the youngest Best Actress winner until Marlee Matlin won for Children of a Lesser God a whopping fifty-eight years later.) She was also nominated for the original version of A Star Is Born (1937), starting the good luck charm that has allowed three out of four actresses who played the role to be nominated for an Oscar for it.

She retired from acting in 1939 after marrying costume designer Adrian, though she briefly returned to it in the 1950s. Later in her life, she became a successful oil painter. She died in 1984, from injuries she suffered in a car accident two years earlier.

Janet Gaynor films listed on this wiki include: