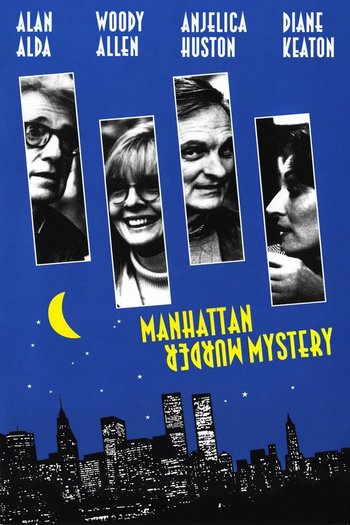 The plot revolves around Larry and Carole Lipton (Allen and Diane Keaton respectively), a well-to-do middle-aged couple living in an apartment building in Manhattan. One night, they by chance happen to stumble across their new neighbours, Paul and Lilian House, in the corridor of their building and, after introductions, the two couples spend a very pleasant evening getting to know each other. The next night, however, tragedy strikes when Lilian House dies very suddenly. Carole becomes suspicious and soon gets it into her head that Paul has murdered his wife. Much to her husband's exasperation, she begins an unofficial investigation, which ropes in their mutual friends Ted (Alan Alda) and mystery novelist Marcia (Anjelica Huston).