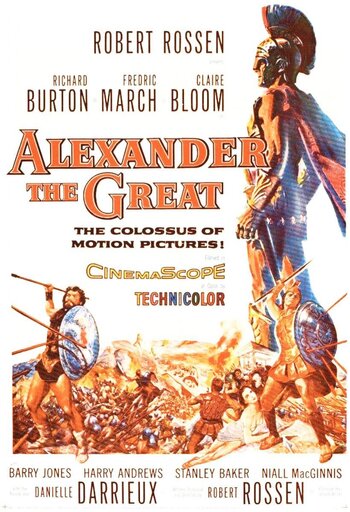 Philip II of Macedon (March) is campaigning against the Greeks when he hears that his wife Olympias (Darrieux) has given birth to a son, Alexander. Alexander (Burton) grows up and his father gives him more and more responsibilities. When Philip II is assassinated, Alexander succeeds him.

Alexander the Great provides examples of: