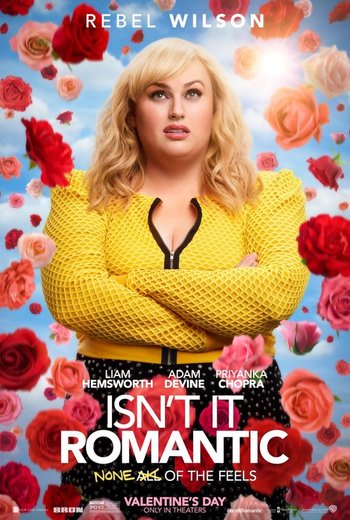 Natalie's life has become a romantic comedy. And she hates every minute of it.
Advertisement:

Natalie (Wilson) is a woman disenchanted by love, who, after getting knocked unconscious, finds herself in a rom-com and she's the leading lady! Although she despises romantic comedies and the implications that come with them, she figures that she has to get to the end of the rom-com to escape it — which means getting someone to fall in love with her. She turns her sights on rich asshole Blake (Hemsworth), who is smitten with her in the rom-com world, and confides in Josh (Devine), one of her closest friends who, thankfully, seems largely unchanged...

This film is also a Deconstruction of tropes, characters, narrative styles and imagery of romantic comedies.