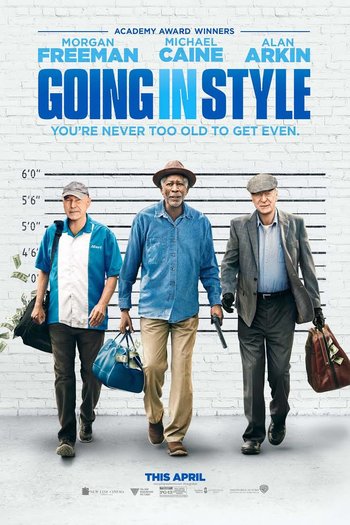 Going in Style is a 2017 remake of the 1979 comedy film of the same name, directed by Zach Braff and starring Morgan Freeman, Michael Caine, and Alan Arkin.

As in the original film, Joe, Al and Willie are senior citizens trying to rob a bank.