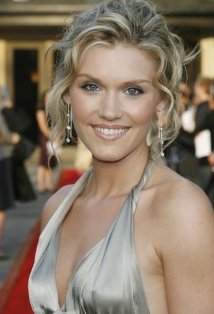 Emily Rose (born February 2, 1981 in Renton, Washington) is an American actress best known for her roles in Uncharted and Haven. She received a Master of Fine Arts degree in Acting from UCLA in 2006 and also graduated from Vanguard University of Southern California with a degree in Theater Arts. She married Dairek Morgan in 2009 and gave birth to her first son Miles Christian Morgan in 2013, second son Memphis Ray Morgan in 2015, and first daughter Mercy Morgan in 2019.

She is an accomplished equestrian and says she wants a role where her character rides a horse.

In her free time, she and her Haven co-stars Lucas Bryant and Eric Balfour play in an unofficial band.