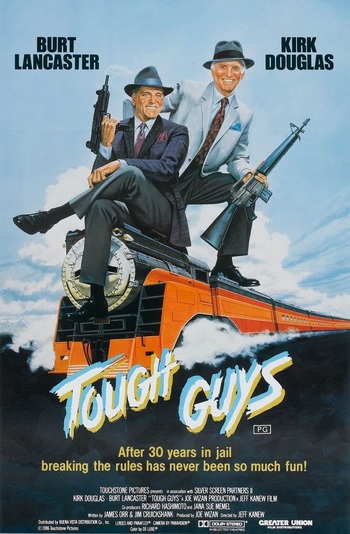 Two elderly gangsters (Lancaster and Douglas) have spent the last 30 years in prison for robbing the Southern Pacific Railroad's Gold Coast Flyer. After being released from prison, the two try to adjust to the modern age, but old habits die hard, and soon they decide to rob the Flyer on its final run.