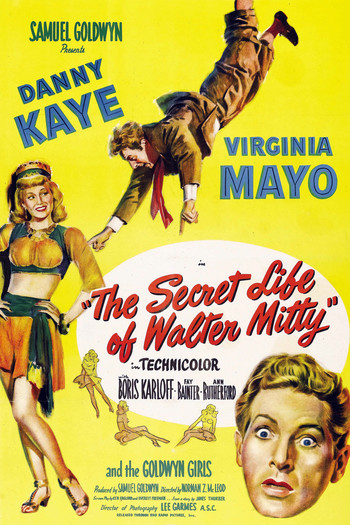 The Secret Life of Walter Mitty is a 1947 American comedy-fantasy film directed by Norman Z. McLeod and starring Danny Kaye, inspired by James Thurber's short story about an inconsequential and put-upon man who escapes into daydreams of heroic adventure.

Unlike in the original story, the film's Mitty gets to live out a real heroic adventure when he gets tangled in a search for a treasure misplaced during World War II.

The story was also adapted to film in 2013, starring Ben Stiller.