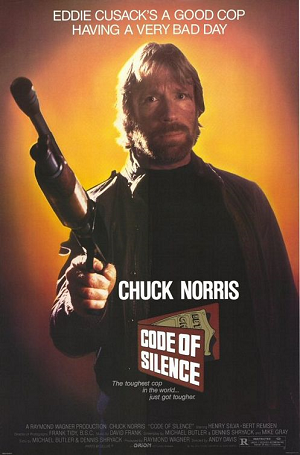 Code of Silence is a 1985 action movie directed by Andrew Davis and starring Chuck Norris and Dennis Farina.

During a police sting operation, mafia gang members stage a robbery of the Colombian cartel that leaves several high-ranking cartel members and undercover cops dead. A Mob War erupts between the two gangs as Sergeant Eddie Cusack tries to protect a young woman from becoming the cartel's target for revenge.