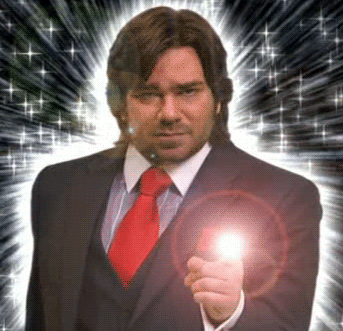 "So what happened between you and this Renwick customerrrr?

Matthew Charles Berry (born 2 May 1974 in Bromham, England) is one of the hammiest actors working in Britain today. Whilst he has had leading and supporting roles on several cult sitcoms, he is probably most well-known to denizens of the Internet as George the Volcano

from a series of ads for Volvic mineral water.

Also a terrific singer and musician. His output falls somewhere between Folk Music and Progressive Rock, with influences that include Mike Oldfield and The Doors. Berry has released eight studio albums to date, and has even opened for Steven Wilson at the Royal Albert Hall.

Tropes associated with this ham:

Tropes associated with his music: