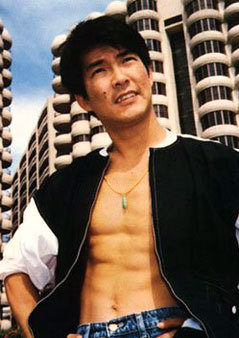 "I may not be as famous as Jackie Chan or Sammo Hung, but I can be sexier than either of them!"
Advertisement:

If Jackie Chan is the Jack-of-All-Stats and Sammo Hung is the Mighty Glacier, Yuen Biao is the Fragile Speedster.

According to Jackie Chan's autobiography, when Yuen was first asked by his teacher to perform a backflip, Yuen (then barely 10 years of age) did a proper backflip on his very first try.