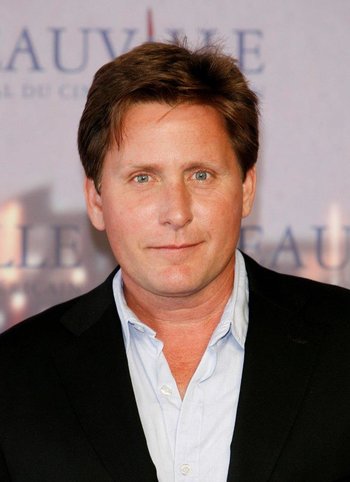 Emilio Estévez (born May 12, 1962) is an American actor, screenwriter, and director of Spanish descent. He rose to fame in the 1980s as a member of the Brat Pack, starring in The Breakfast Club and St. Elmo's Fire among others. He's also known for his roles in films like The Mighty Ducks and Young Guns. Since the 2000s, he has largely stopped acting. On the directing side, he has worked on shows like CSI: NY, NUMB3RS, Close To Home 2005, Cold Case, and Criminal Minds.

A member of the Estevez acting family, he is the son of Martin Sheen and the brother of Charlie Sheen, both of whom he has worked with. He was briefly engaged to fellow Brat Pack member Demi Moore and was married to Paula Abdul.