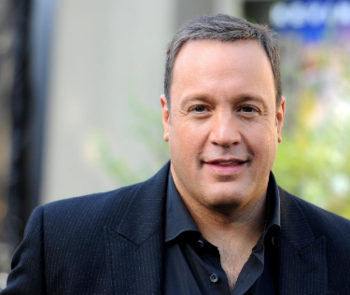 Kevin James (born Kevin George Knipfing, April 26, 1965 in Mineola, New York) is an American comedian who got his start on The King of Queens. Since then, he's been known for his comedy roles in movies like Paul Blart: Mall Cop and Here Comes the Boom, as well as being a frequent collaborator with Adam Sandler. He also has a YouTube channel

where he posts skits and short films.