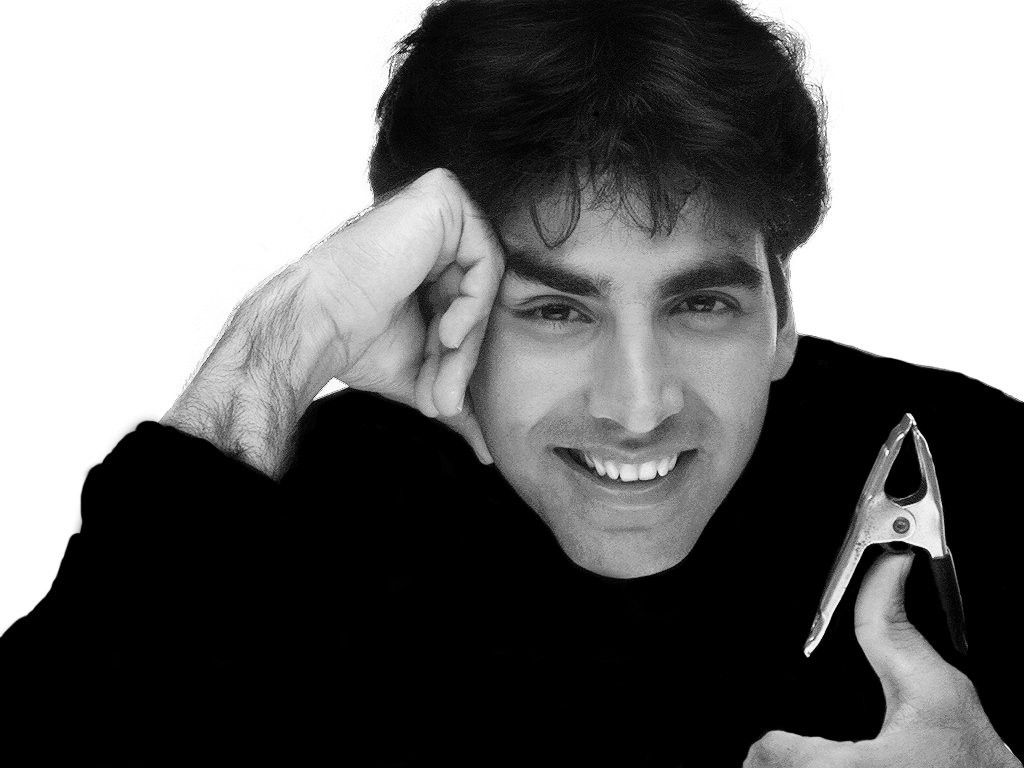 Not to be confused with Akshaye Khanna. Akshay Kumar (aka Mr Khiladi, born Rajiv Hari Om Bhatia, 9 September 1967) is an Indian film actor. He has appeared in over 100 Hindi and Canadian films. He is not as big a name as Shah Rukh Khan, Salman Khan, or Aamir Khan, but is considered one of the most prominent stars in the tier right below them.

He came from a middle-class Indian family but seems to have been something of a wild child-stealing watches for kicks as a teenager, and striking out on his own as a young man by going to Bangkok to wait tables and learn martial arts. When he returned to Mumbai in his early twenties, he taught martial arts until one of his students encouraged him to go into modeling, which in turn got him into the movies. During the 90s, Kumar was mostly seen as the action hero of Bollywood, starring in hit action films such as Khiladi (1992), Mohra (1994) and Sabse Bada Khiladi (1995), and being particularly known for his "Khiladi Series". However, he was also recognised for his performances in romantic films like Yeh Dillagi (1994) and Dhadkan (2000) as well as dramatic films such as Ek Rishtaa (2001).

In 2002, he won his first Filmfare Award in the Best Villain category, for his performance in Ajnabee (2001). Willing to play with his image, Kumar later ventured mostly into comedy films. His comic performances in films such as Hera Pheri (2000), Mujhse Shaadi Karogi (2004), Garam Masala (2005) and Jaan-E-Mann (2006) met with critical acclaim. His success further rose in 2007, when he starred in four consecutive commercial hits (Namastey London, Welcome, Heyy Babyy and Bhool Bhulaiyaa). In 2008, the University of Windsor in Ontario, Canada conferred an Honorary Doctorate of Law on Kumar in recognition of his contribution to Indian cinema. That same year, he starred in the box-office smash Singh Is Kinng. In 2009, he was awarded the Padma Shri by the Government of India. His other films include the comedies Housefull and Housefull 2, the thriller 8x10 Tasveer, the So Bad, It's Good kungfu flick Chandni Chowk To China and the box-office hit Kambakkht Ishq (which has cameos from Sylvester Stallone, Denise Richards and Brandon Routh).

He went through a career slump around 2009-2011, but seems to be on the comeback trail, both starring in and producing movies. Although not from a filmmaking dynasty himself, he is married to Twinkle Khanna, daughter of his screen idol Rajesh Khanna, and the couple has two children.