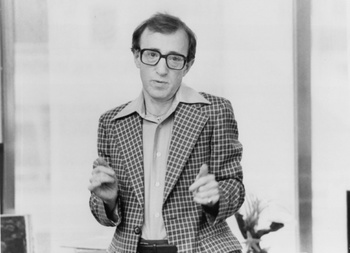 A 1984 Comedy Drama written and directed by Woody Allen, starring him and his then-girlfriend Mia Farrow. The title character is a well-meaning New York City talent agent whose efforts to fix a past-his-prime singer's personal life unwittingly anger two mobsters.

Notable for being Nick Apollo Forte's acting debut (and his sole performance til 2016 in an episode of Billions) in a feature film. Also includes appearances by Milton Berle, Will Jordan, Jack Rollins, and many others as themselves.