Film / My Name Is Khan 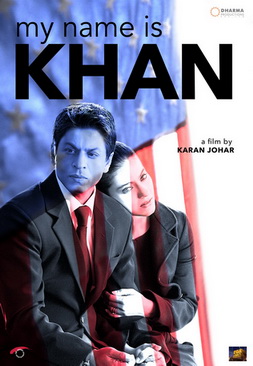 "My name is Khan and I am not a terrorist."
Advertisement:

Born in India, Rizwan is diagnosed from an early age as having Asperger Syndrome. His mother patiently takes care of him, teaches him right and wrong and finds a mentor willing to help him. Unfortunately, her attention spurs the jealousy of Rizwan's brother Zakir, who leaves India for the United States at 18, to create his own business. After their mother's death, Zakir helps Rizwan move to America, acquire the nationality and find a job. This is how Rizwan meets and falls in love with Mandira, a Punjabi hairdresser with a teen son named Sameer. After a ridiculously cute courtship, Rizwan and Mandira decide to get married - against their families' wishes, since he's Muslim and she's Hindu. Sameer and Rizwan become best friends, Mandira's dream of opening her own hair dressing salon comes true and they're all set to live happily ever after.

Then the September 11 attack on the World Trade Center happens, and the peaceful family finds themselves torn apart by the prejudice directed at them for being Muslim. Rizwan decides that the only way to save his relationship is to go on a journey to tell the whole country that he is not a terrorist.

Nothing to do with that other movie with this movie's title as a line of dialogue.