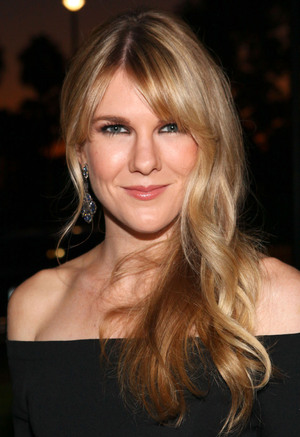 Lily Rabe (born June 29, 1982 in New York City, New York) is an American actress. She is well known for playing Portia in the Shakespeare in the Park production of William Shakespeare's The Merchant of Venice, but her Star-Making Role was her portrayal of Sister Mary Eunice in the "Asylum" season of the FX anthology series American Horror Story, which earned critical acclaim and was considered by many to be one of the highlights of the series.

She's the daughter of playwright David Rabe and actress Jill Clayburgh. She has two children with partner Hamish Linklater.

She provides examples of the following: