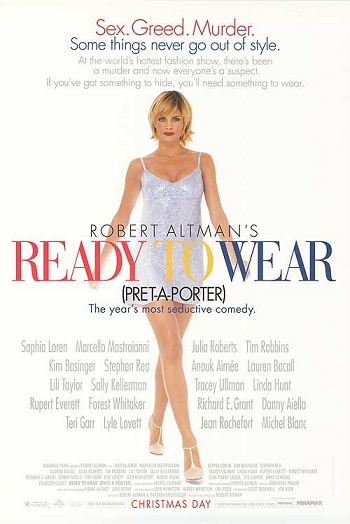 Prêt-à-Porter, released in the United States as Ready to Wear (Prêt-à-Porter), is a satirical comedy from 1994 focusing on the fashion industry in Paris during Fashion Week, and directed, produced and co-written by Robert Altman.

Despite its well-regarded director and All-Star Cast, the film was panned by critics and audiences alike, holding a 26% rating at Rotten Tomatoes.