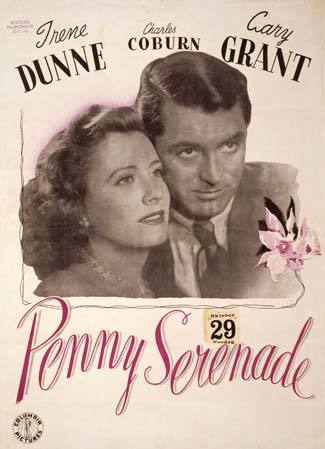 Julie Adams (Dunne) is packing up her apartment, preparing to leave her husband Roger (Grant), a newspaper publisher. She pulls a phonograph off the shelf, and it reminds her of their first meeting. Their relationship then unspools through a series of flashbacks that dramatize their romance, their marriage, and their various struggles and tragedies, including their attempts to have a family.

The third pairing of Grant and Dunne, after The Awful Truth and My Favorite Wife. One of only two times in his whole career that Grant got an Academy Award nomination (he went 0-for-2).