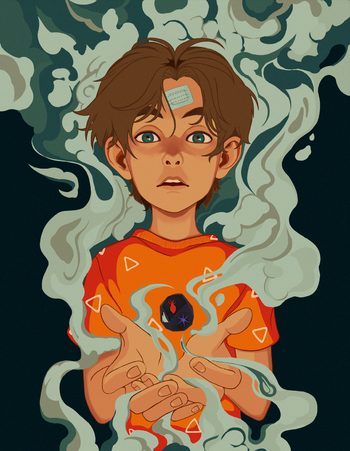 Six days, six items, one boy
"he rested on the seventh day from all the work that he had done."
— Genesis 2:2

Hexameron is a short webcomic created by Mikhail and Eugenia Shmidt. A boy finds out the hard way that the legends told around the fire in the summer camp have more truth to them than he or his friends had even thought. Now he has six days to figure out the secret of a mysterious stone and complete a dangerous scavenger hunt set by one of the legends come true.

The webcomic can be found on Tapastic